A government lawyer works for some branch of the government, whether it is at the city, state, or federal level. They are found working in state capitols, as well as at city hall, representing the governing body that employs them. While a government lawyer may practice law in the same manner as a private attorney, their day-to-day focus will be on the laws and policies that affect their governing body.

All attorneys, whether working in the private sector or for the government, must go through the same educational process. The student who wishes to become a government attorney would do well to take coursework that included training in their particular area of interest. At the least, a government attorney will need to gain a degree in law and pass the state bar exam where they intend

Pick from the links below, depending on your education level that best describes your situation

Arizona State University
Featured Program: Arizona State University’s Master of Legal Studies (MLS) is a unique advanced degree designed for students interested in understanding law, but not practicing it. In this program, you’ll build a foundation in U.S. law, before choosing electives that support your career goals.
Request Info 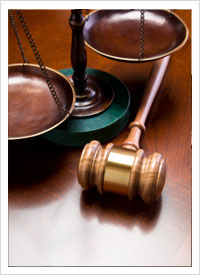 The job of any government lawyer will vary depending on what is taking place on any particular day. For instance, a city attorney may find it necessary to attend a city-planning meeting in order to oversee compliance with city laws. A state attorney might need to draft a new policy or create a compliance handbook for state employees after a new law passes. A federal attorney might go to the federal courthouse to file documents and then oversee weeks worth of trial preparation for an upcoming court case.

A successful government lawyer will possess the skills and personality necessary for this demanding job. They will be required to communicate with government high-ranking officials, court and government employees, and citizens. They might find that working late hours is required when time-sensitive deadlines are an issue. They will need to understand both civil and criminal law. If they work at an international level, they will also need to know foreign policy and international law.
Some examples of cases that a government lawyer might work on include:

The number of jobs available as a government lawyer is predicted to grow at an average of 10% a year. While this is on par with most lawyers, those numbers might change as demand increases or decreases.

Each governing body sets its own job requirements and salaries. Often the wages are determined based on the size of the entity. For instance, a small town in Oklahoma might start out at $48,000 while a large city such as New York may pay around $70,000. Government lawyers, as with any public entity, often make less than their private counterparts but may enjoy a greater degree of job security and assured benefits in trade.